Such great news to hear from the top administration at CCHHS on the rebirth of the historic facade and building of the original Cook County Hospital on the 1900 block of Harrison. So much history and some tied to our family…remembering my grandmother bringing my mother and aunts there in the early 1900’s…my birth at the neighboring Rush Presbyterian Saint Luke’s Hospital; and myself working at this prestigious hospital. Also, I could remember as if was yesterday how it assisted so many Lithuanian immigrant families that had no where else to go for medical care. Little did they realize that the physician attending them just walked over from Rush or was a Northwestern or UIC attending or resident. They received, as everyone, the best health care available with the nationally renowned Trauma Service and the historic Burn Service. Little is known that the first blood analyzation was begun at County.

Going into a new era is soon the completion of the Cook County Central Campus Health Center in the 1900 block of West Polk. It will contain physician and departmental offices as well as clinic services complementing the most ambitious of projects the development of the original Cook County Hospital …

The 102-year-old Cook County Hospital building is in serious need of restoration, and after more than a decade of vacancy, a plan for redevelopment might actually get moving by summer.

The building’s 99-year lease was transferred to the developer, Civic Health Development Group, which indicates that the first phase of development is right around the corner, the Chicago Sun-Times first reported.

According to the Chicago Tribune, the first phase of the plan calls for reuse of the abandoned hospital building which has sat vacant since 2002. The hulking historic structure could house as many as 250 hotel rooms and 150 market-rate and affordable apartment units.

The next phase includes the construction of a new research and technology center built along Wood Street at the eastern edge of the site. Attention would then turn to expanding the capacity of the Hospital’s existing parking garage and lining the enlarged structure with new retail, residential, and office spaces. The final phase of the project outlines a pair of mixed-use highrise towers to be constructed just north of the old hospital at opposing ends of Pasteur Park. Open space will remain between the the new towers as to not too badly obstruct the historic building’s detailed facade following its full restoration.

Cook County plans to lease the land and buildings to the development team for $2 million a year. The total cost of the privately-funded project is estimated to be between $550 million and $700 million, though the developers hope to reduce the price tag with historic preservation tax credits. Phase one work on the old hospital building could start next year with the hotel and apartment component opening as early as 2018 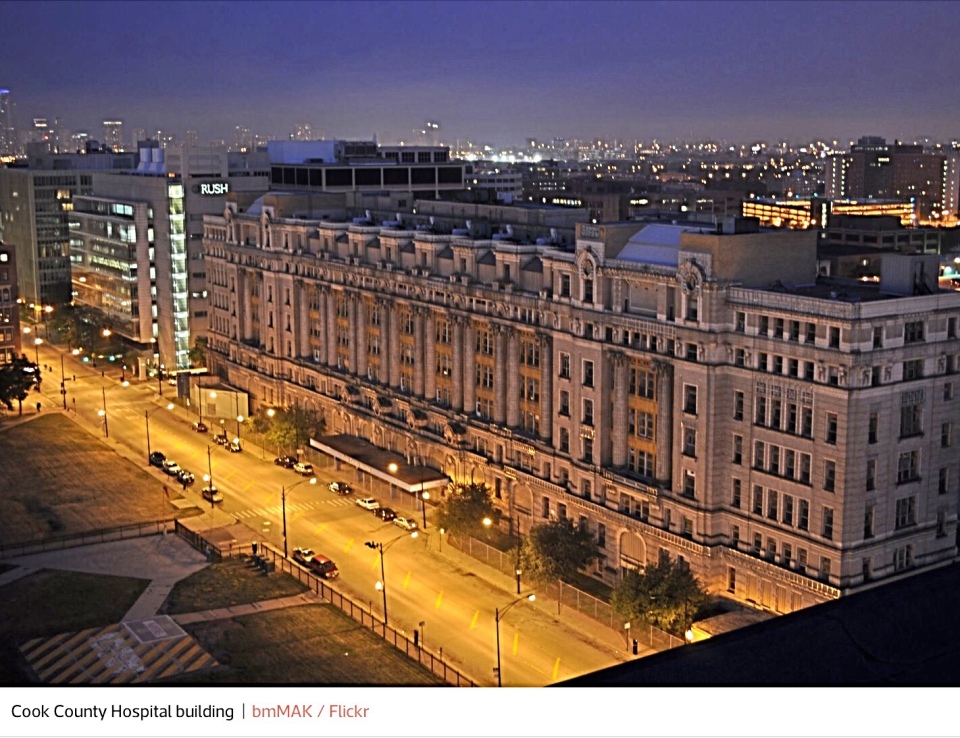 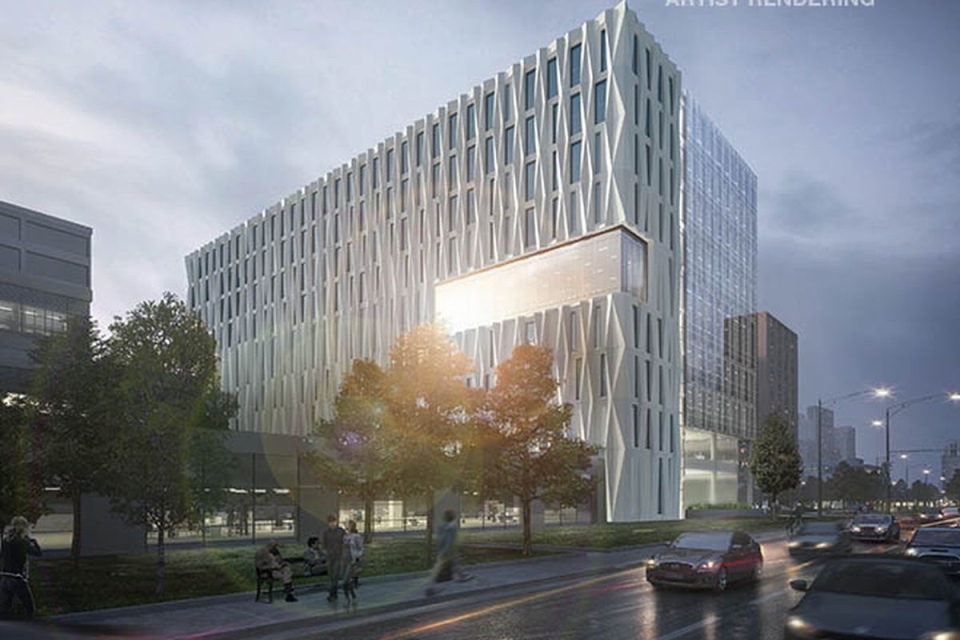 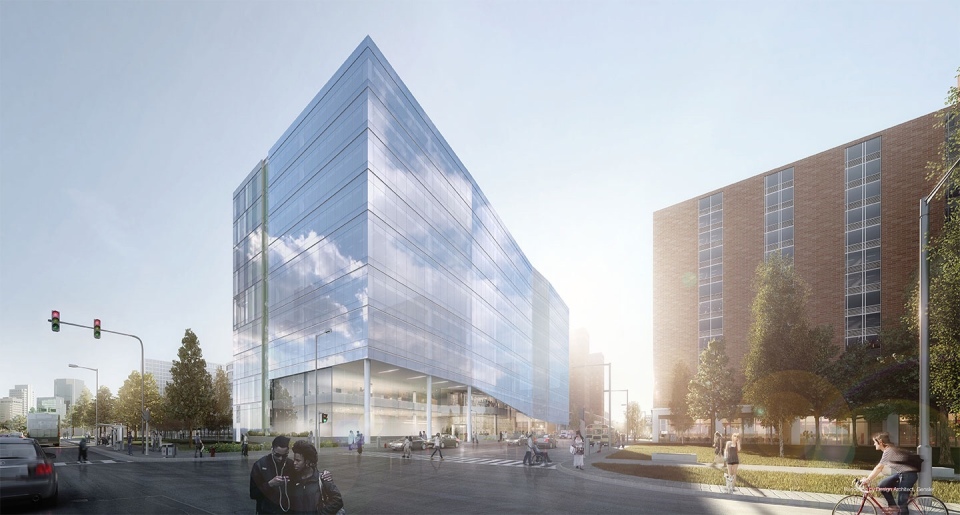 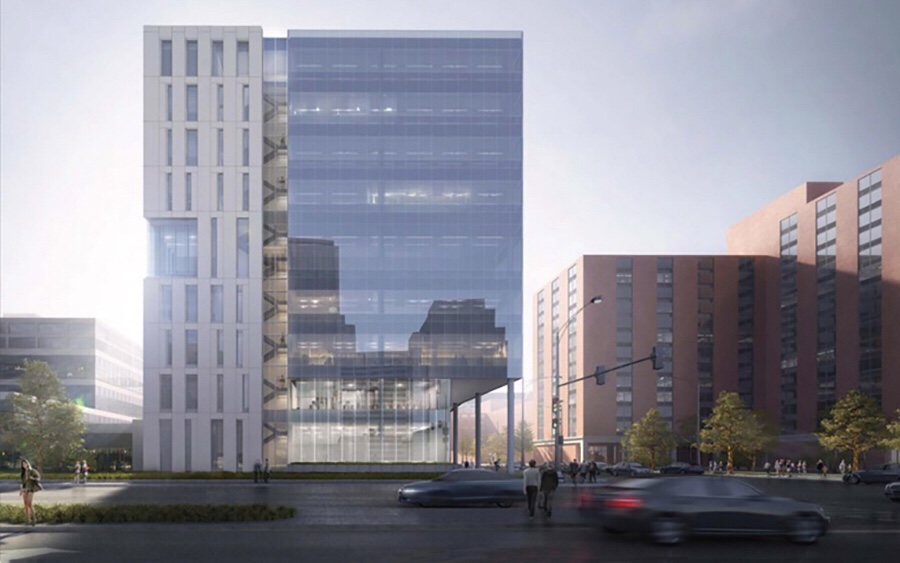 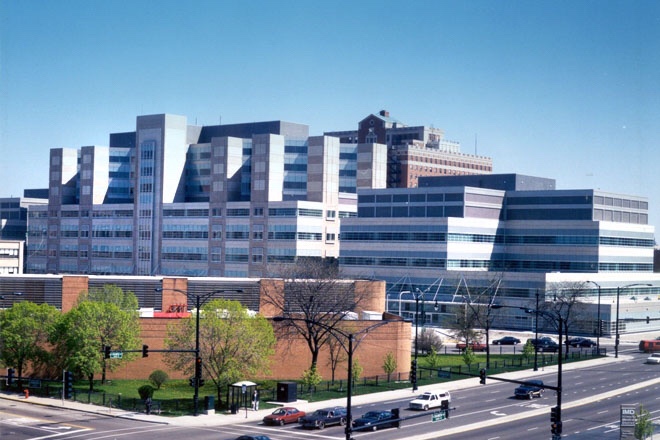